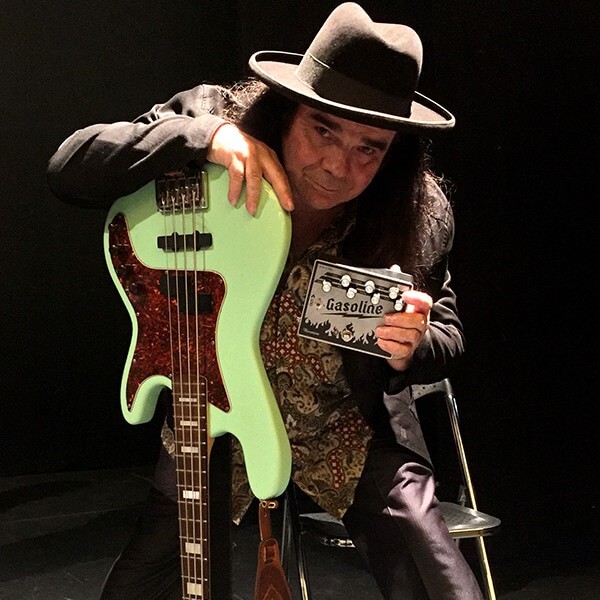 At the age of 9, Paul saw his uncle’s wedding band playing. Seeing the upright bass being played, he thought to himself that’s what he wanted to play that when he grew up. Brought up in a musical family he played piano until he was 12. He asked to play upright in JR High but saying he was too short, they gave him a baritone horn to play. Paul began playing bass and guitar when he was 16. By the time he was 17, he was playing bass professionally. Although not his major in college, he studied music in college. While attending school full time he also played 4-5 nights a week. After college, Paul began touring. Through out the years Paul has been fortunate enough to play in every country in Western Europe, most of Eastern Europe, Japan, Austria, South Africa and all of the United States except Alaska. Paul loves being on the road and performing live.

Paul is not a failed guitarist. The bass is his first love. As such, Paul plays the bass like a bass player. He plays both upright bass and electric bass. On upright bass, he can play standard walking bass or slap bass. On electric, Paul prefers to play a four string down low. He is also able to play fretless bass when called for. Paul likes to consider himself a roots and groove player rather than a virtuoso. Consequently, Paul likes to work closely with the drummer to form a tight rhythm section to provide a firm foundation for the song and the rest of the band.