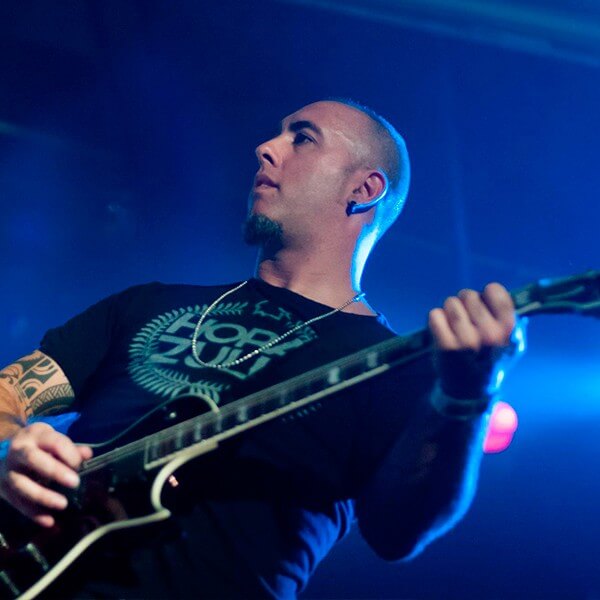 Paco starts playing guitar at the age of 14 in a flamenco and folk dancing band in Granada. His love for electric guitar, soon leads him to form a well-known thrash band, Perpetual, with which he recorded his first album in 1994. After several years without finding a future or scene for this style, he founds Sin Perdon along with the former singer of the band 091.

This style change to funk metal is recorded in a mini-LP called "Elefantes en el Jardín" in 1997. Later, in mid-1998 after a series of coincidences, he travels to New York to be part of the well-known Latin Ska band King Chango, and he takes part in the second record of the band, leaded by the producer K.C. Porter in Los Angeles.

During his holidays, in release of the New Yorkers' album, he joins Omega tour with Lagartija Nick and Enrique Morente where, loving of this band, happens to be part of it participating in the composition and recording of their self-titled album in 1999. At the end of the same year, after leaving the band, he creates Hora Zulú, recording five albums and going on numerous tours.

Since 2014 he has been immersed in Fausto Taranto band. He is the founder and composer of this flamenco-rock band in whose album El Círculo Primitivo, praised by critics, collaborates  Manuel Martínez (Medina Azahara) and Fuensanta La Moneta. Currently they are in the studio recording their second studio album "El Reflejo del Espanto".