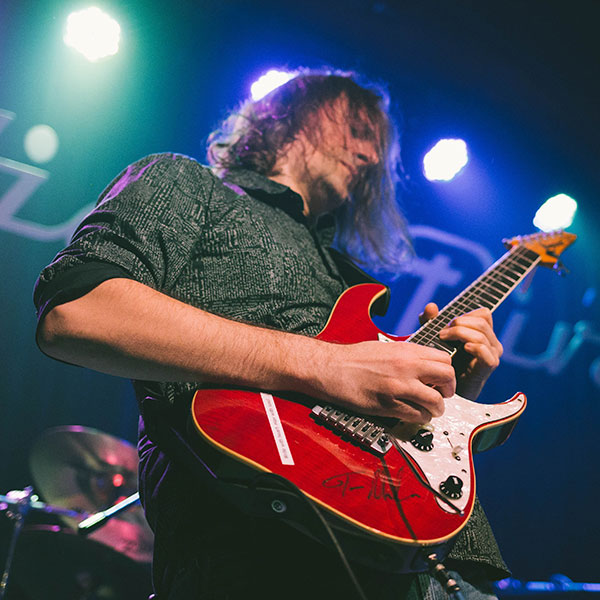 Joseph Gabaldon is an American music producer, guitar player and composer originally from Albacete, Spain. He began his musical journey at 'La Fatoria' in Madrid where he built the foundation of his playing. After a brief period of time attending to Berklee -L'Aula- in Barcelona, he decided to move to the USA where he graduated at the University of Central Oklahoma as a music performer (bachelor's degree) and later on as a Commercial Music Producer (Masters degree). Gabaldon received lessons from world class players like Greg Howe, Bruce Bouillet and Scott Mishoe, becoming, later on a college professor of music. He writes regularly for the online magazine Reverb.com (Reverb Lessons) and is engaged to the music scene in Seattle, WA.

Among Gabaldon's present and future projects we can find Blues, R'n'B projects, and seminars on music and songwriting.